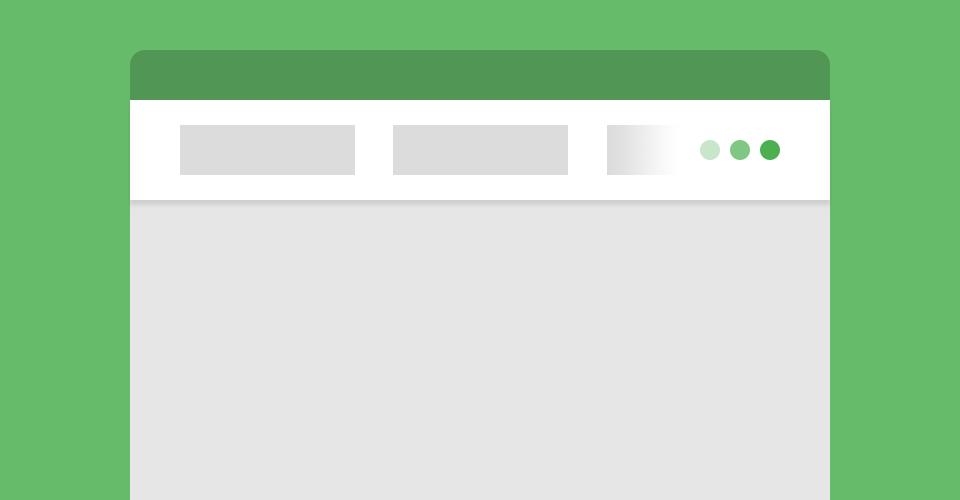 A couple of alternatives to the hamburger menu

For some time, we have been swapping out full-width navigation bars for hamburger menus at smaller breakpoints - this is a great technique that optimises the space, or lack of space, at desktop and mobile sizes. But what about the masses of unused screen real-estate once the full-width navigation has turned into a hamburger?

An example of this can be seen on the BBC website. On large devices, you get a prioritised list of pages: News, Sport, Weather, iPlayer, TV, Radio and a More dropdown containing a few other pages. As the site is scaled down, the navigation begins to take the less important pages out of the main navigation bar and adds them to the More dropdown - leaving you with a smaller, but still prioritised list of pages.

Another good alternative to the hamburger menu is scrollable navigations. For years, horizontal scrolling has been a bit of a web faux pas, but with the material design guidelines introducing scrollable tabs, we seem to have had a shift in opinion. 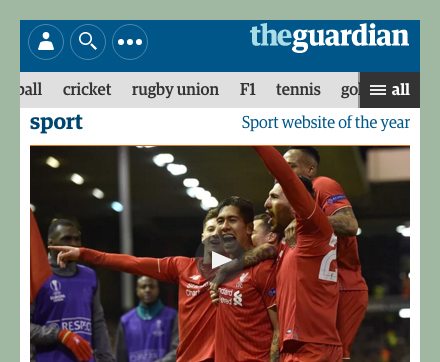 Horizontal scrolling doesn’t always have to have ugly grey scrollbars; most modern browsers now have self-hiding transparent bars, so it doesn’t really affect your beautifully designed site. Not to mention that horizontal scrolling is a common way of navigating on native mobile apps anyway.

The Guardian have a scrollable navigation bar on their site, with an optional ‘all’ hamburger style menu. This is a great example of how larger sites can show page-specific navigation items, whilst still having an obvious way to find other sections of the site. 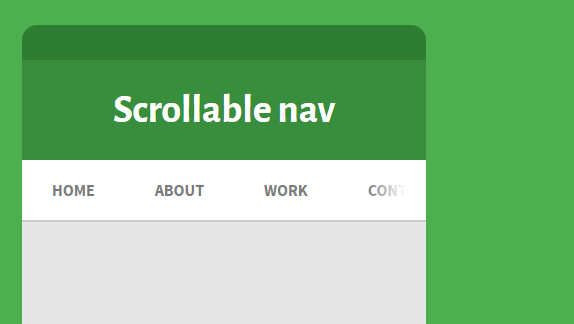 Edit: A few people have noted that it may not be obvious to a user that they can scroll. Visual indicators like fades and arrows can be used for usability.

Seen any effective alternatives to the hamburger menu recently? If so, drop me a comment below or tweet @KebabYusuf and I'll update the post with your findings.